This is how I know I’m on the mainland: the sound of the muezzin at five a.m. from a nearby mosque, the noise from the flight route above the roof, the price of Star (about a hundred naira above pump price). 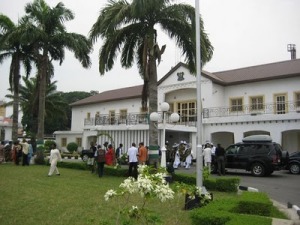 On the Island of the affluent in Lagos, I rarely hear aircrafts buzzing in the sky, except the posh helicopters of the busy rich. The airport and flight noise doesn’t affect the airspace, it devalues the land.

The rich pretend to pray, God is on the mainland, land on the island is too expensive to build too many worship centres. The island was not built for beer. It’s the hub of champagne, spirits, and wine. Beer is for the road, an appetiser, bottled on the mainland.

The mainland is crowded with families. Life on the island has no friends, everything is cash or waka. The roads are expensively tolled, the schools are US Dollars, and a smile might cost some naira. The island expands and the mainland remains the same. Under neon lights, millions of mainland ants trample on the Third Mainland Bridge into the island of dreams. Many die on the bridge, many earn a kobo, and many rob the others. The Island goes to the mainland, only to fly.

Life on the mainland has many tribes. Bad roads and traffic jamborees in Enugu suburbs like Ago-Okota would eventually pursue Omo Igbo to the east. The smart ones live in Yoruba neighbourhoods, like Itire, with Chinese constructed drainage. Sharp guys have moved into Surulere, the Governor’s neighbourhood and the best place to drink. The number of youths in Festac makes one wonder if they ate their parents for dinner. Ketu is a gang of Yoruba women hustling to breathe. Ikorodu can be great if it gets a bridge into the Island. Yaba is the link between books, Aristos, White House, and an infamous psyche ward. Sex is on Allen, tax is a joyride at Alausa. Obanikoro is the name of a man on the Island and a place in the mainland.

Everything on the mainland is made in Ilupeju, Ogba, Isolo, Agidigbin, and Oregun; Agbara is not on the mainland, it’s in Ogun State, like Mowe and Ibafo. Everything on the Island is imported from the mainland ports of Apapa and Tin Can. The sound of Mazamaza and Okokomaiko can cure madness. Homes in Idi-Araba are waiting to collapse, thank God for LUTH; Igbobi’s orthopaedics is not too far away. There is a Lagos State University campus in every mainland corner; the main campus and a military cantonment are at Ojo.

Musicians from Mushin and Ajegunle have monopolised the sympathy of poverty, while Egbe and Ikotun get no pity. If eyes are closed in Agege and Iddo when a train passes, one can pretend to be in Grand Central Station. Gbagada always pretends to be on the Island, Oworonshoki can’t get away with such a lie. Ogudu GRA insists on being distinct from a conjoined Ojota, while Amuwo-Odofin calls itself Festac Extension. Iju and Ojodu are villages hyped by estate agents. Ebute Metta is an old Yoruba phrase: a place of three shores; a decaying dream of British colonialism and Brazilian architecture.

Most of the residents of Magodo and Omole are landlords. Maryland is not a saint and Anthony is not a village. Igando and Ipaja are playing catching up with the state government. Ikeja is the official capital of Lagos. The State House in on the Island, the Island is the real capital of Lagos. Lagos deserves a special status in the Constitution.

On the Island, money has relatives. Ikoyi and Victoria are twin sisters, posh from birth and wrinkled with age. Lekki is a distant cousin, taxing and full of fraudulent schemes. VGC and Eleko are wealthy uncles, isolated from others and always overseas. Nicon and Parkview are the pretty nieces with feigned American and British accents. Oniru and Elegushi are the nephews from the village, who recently found wealth and arrogance. Ajah is the stepsister giving birth to children she can’t feed. Jakande and Igbo-Efon are broke in-laws, hardworking but always in need. Ibeju-Lekki and Epe are the jilted aunts, feeding on promises and searching for suitors. Obalende is the lost brother without a mind, thought to be dead. Eko, Idumota, and Marina are triplets of royal descent, with trade on their minds, money on their backs, and power between their legs. Maroko is the baby that was aborted at midterm. Makoko is the dirty bastard that wouldn’t disappear. Eko Atlantic City has recently left the incubator, hoping to survive. Many other siblings are just occupying space and causing traffic jams on the Island of the rich.

This is how I know I’m on the Island: service attendants begging for money, Lastma officials lurking behind traffic lights, Dunhill Switch is everywhere, and I can’t get into a club.

47 thoughts on “Life on the Mainland”